On the website you can find a lot of articles about: the contemporary jewelry, the story of jewelry, fairs, contests, and many more. We will show you the world you have never known.
Blog » Other » Is it handmade?

The concept of handmade jewelry is rather an imprecise matter within the industry, and a client who is not familiar with the technology of product manufacturing, is often tantalized with ambiguities.

What is the problem?

Firstly, because of certain ideas rooted in society. It is easier to increase the price of the product, explaining that it is because of the fact that it is hand-made rather than because of a good design. As a result, in the Internet we find then the photos presenting a designer of a well-known jewelry brand, pretending to make hand-cut circles. While in fact, the circles are laser-cut or made with the use of a blanking on the brake press.

Another matter is that we will come across very different types of jewelry on the market, including those that have not been to the goldsmith workshop at all. The awareness of the artists also vary. They often do not realize that a semi-finished product that they string can be hand-made.

I will try to present a number of techniques, explaining briefly what is meant by “hand-made” in each of the mentioned cases.

The primary, and one of the oldest techniques, used in the manufacture of jewelry is shaping individual elements by hand, using a variety of hammers, cutters, files, chasing punches and gravers. Then the modules are soldered together and properly finished. The execution of this type of jewelry is extremely time consuming and requires at least basic knowledge of the goldsmith.

Simply put: in this case, the goldsmith does not use any semi-finished products, and almost every piece made is unique. 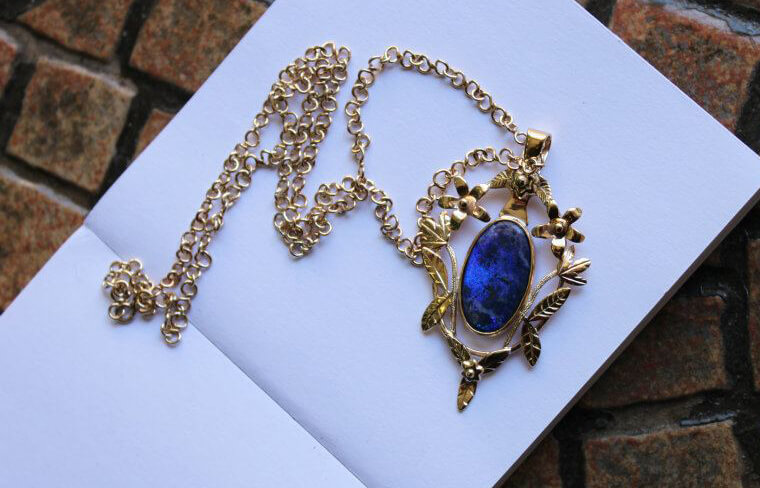 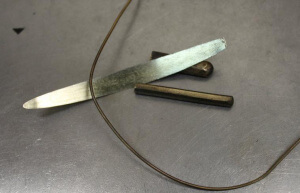 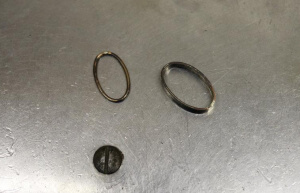 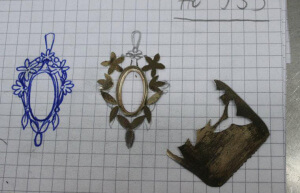 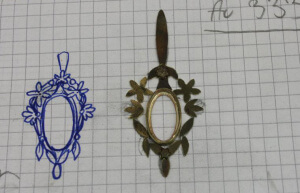 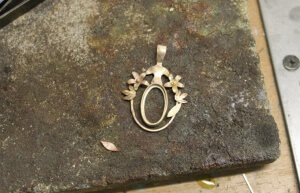 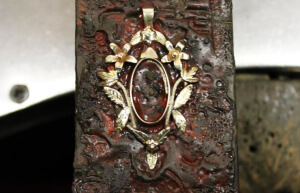 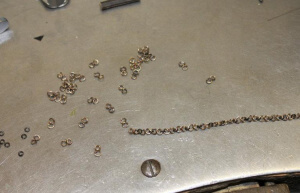 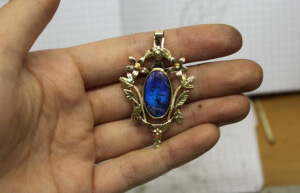 Another example of jewelry making are patterns manually carved in wax, then cast in metal and further processed. Making of the wax model that has a complex shape is not easy and takes a lot of time – but often less than Repoussé and chasing the pattern (manual metal stamping) in a piece of sheet metal. This technique is often used when making the mothers – prototype designs, which are subsequently copied by means of rubber and duplicated. If there is only one piece of the wax made, it is hand-processed and not made into rubber to duplicate – it will also be unique. 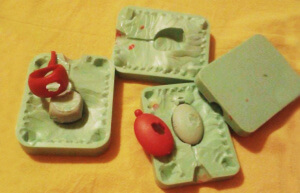 Wax copies and a rubber mold

In the case of products designed with the use of computer technology, a large part of the time consumes creating a pattern in the program that is printed later. Depending on the material which a prototype is made from, it is cast immediately or the rubber mold is made from it and then wax copies made from rubbers are cast. Each model after being cast is hand- finished. In this case, the pattern can be recreated from the file at any time, even if it a rubber copy was not made. To create a unique collection, a procedure to manually modify the wax is often used – so another pieces of jewelry will vary from one another.

It happens that the mass-produced jewelry is cast right away with stones. This sets it apart from the techniques that I have already described, where the stones are setting in metal manually. Products with cast stones may have technical defects and the risk of the stone falling out is much higher than in the case of products with hand-added jewels. In addition, cast jewelry will always be more fragile than the one formed from the basis with the use of traditional techniques. 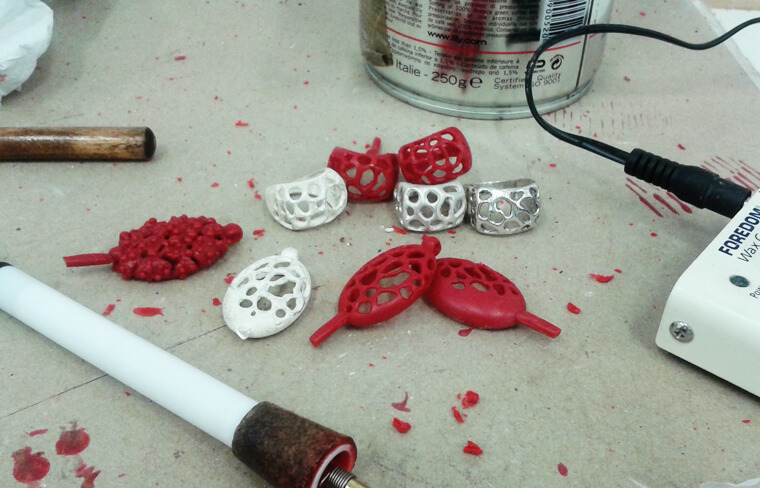 ArtClay silver is a substance which consists of 999 hallmark silver, cellulose and water. Plastic properties of the product are similar to clay (hence this technique is often called “the technique of silver clay”). The process of making objects from ArtClay actually resembles modeling in the modeling clay. After obtaining a satisfactory shape, the model is left to dry. After the evaporation of the water it takes on properties similar to plaster. It can be easily processed, grinded – then ArtClay jewelry is fired and hand finished. In case of products with ArtClay you will definitely be informed that the product was made entirely by hand from silver with the highest hallmarks. Due to some limitations, this technique is often combined with ready-made semi-products, such as necklaces or earrings sticks, or complemented by traditional goldsmith’s workshop. After firing, paper contained in the clay disappears, leaving the silver metal sinter.

Jewelry made with the use of electroforming

Electroforming is a technique that allows for the creation of a metal coating on objects that do not conduct electricity. This technique requires some skill and knowledge. Object is deposited in a substance that conducts electricity, then immersed in a suitable chemical bath and the current is passed through it.
Thus, for example, a microscopic layer of silver (or other metal) is formed on the immersed leaf, which is then subjected to the manual finish. In most cases, such a product will be a unique product.
A similar effect can be achieved in previously mentioned ArtClay technique, by brushing diluted clay for example on the leaf, and then burning it, and finishing it off manually.

Handmade jewelry formed from a wire

On the market, you can come across a handmade woven wire jewelry. The techniques vary- from crocheting to the wire wrapping. It is a technique that requires manual work.

Jewelry embossed on the press

It happens that silver or gold items are embossed on the press. This method is often used in the manufacture of e.g. medallions with the image of the saints. Small, flat elements such as hearts or stars are also cut with the help of the press. This kind of work is not handwork – it is mostly finished in the drum polishing machine. Sometimes, however, it happens that the person who buys such an item as a semi product, threads it on a chain or an ear wire and then sells it to us as a hand-made product.

On the market, you can find jewelry made from base metals, laser cut and then gilded or silvered. Cut elements often form the basis for further work. They are combined, painted, given individual character in order to convince the customer to the product. It also happens that the laser cut pattern is the target product, strung.
It is impossible to mention all the methods used for making jewelry. So I tried to focus on the most popular ones and in some way associated with metal.

In summary, jewelry is such a specific area that today much of work is carried out manually, even in case of large-scale production. Reluctance to cast jewelry probably stems from the belief that this type of product is mass, not unique. Meanwhile, the cast is just a kind of technology, that streamlines making of the product – often not determining its uniqueness. Perhaps the casts are ill – famed due to the glut of standard patterns from a catalog of a foundry, which are ordered by many goldsmith workshops. This is related to the fact that you cannot keep the company from individually made projects – or at least it is very difficult. 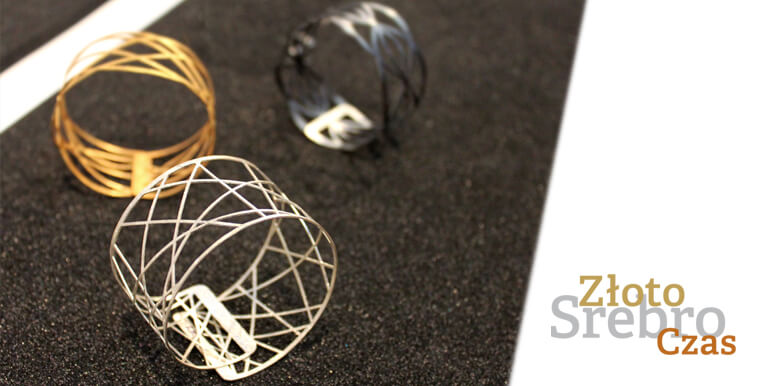 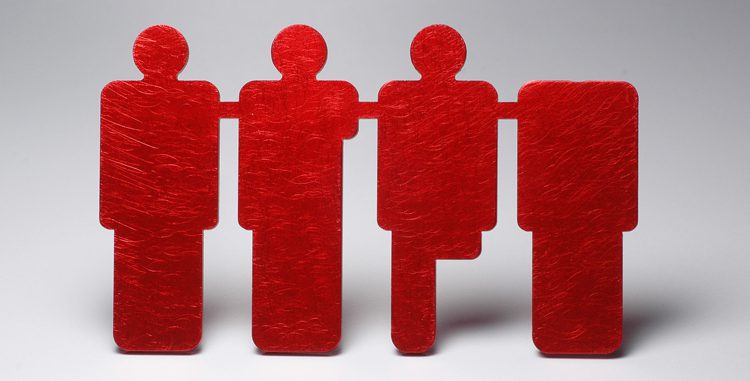