On the website you can find a lot of articles about: the contemporary jewelry, the story of jewelry, fairs, contests, and many more. We will show you the world you have never known.
Blog » Events » Milan 2016 part 1– Miart & Triennale

Once again I was able to visit the north of Italy and take part in series of events related to art and design, which I wrote about in the article Milan Design Week 2015. This year, I went a little earlier to see the Miart art fair, which for me was a pleasant novelty. Once again I became convinced that it is worth to take part in events that do not relate to our specialization directly – to look at some issues related to art and design in bigger perspective.

In Milan I spent a total of six days, which again was not enough to visit all the places that I had planned to. Communing with such amount of creativity, day after day, for almost a week, was an incredibly inspiring but also exhausting.

After reviewing all the material I have gathered, I decided to divide the article into two parts. Otherwise I would not be ale to discuss individual events in the way and amount they deserve.

In this part of the article I will guide you through the Miart fair and part of the XXI Trienniale International Exhibition. Whereas next week you will find int he article the description of other exhibitions, including mainly the Ventura Lambrate district. I also want to present you a summary of products selected by me, which would be great accessories in a jewelry store, a gallery or a showroom. 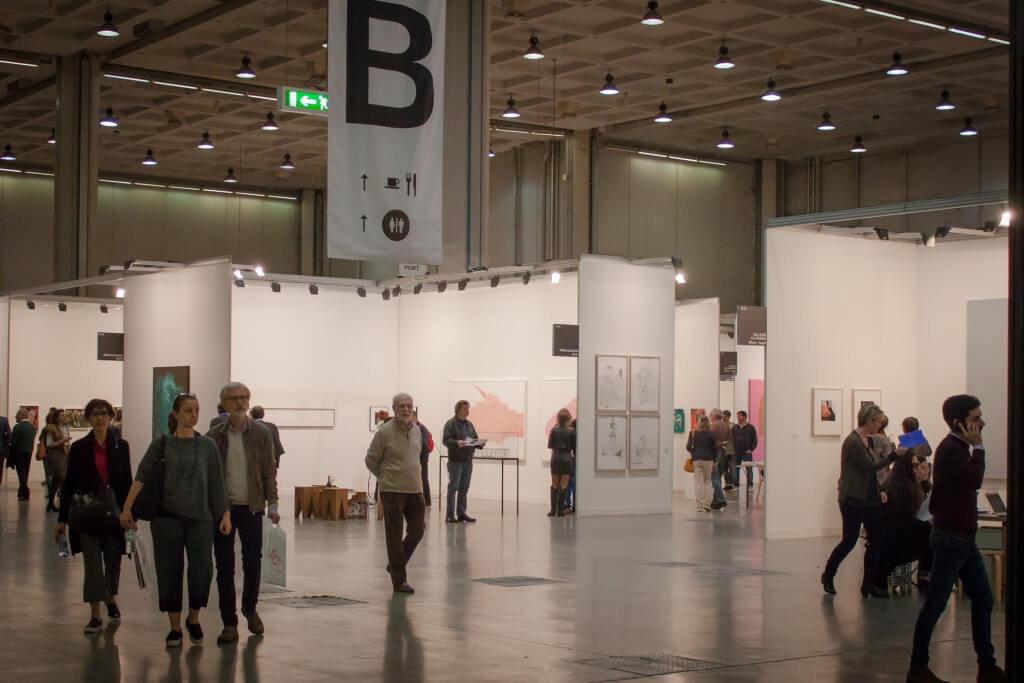 Starting from the beginning: Miart is the contemporary art fair, which this year took place for the 21st time and hosted more than 154 galleries from 16 different countries. Besides impressive works, at the fair you could also purchase a thematic literature, see entertaining exhibitions and take part in Miart talks – very interesting discussion panels.

I visited this type of exhibition for the first time. And what immediately struck me were very clear exhibitions. On each stand only a few works of art were exposed, often in a rather surprising manner and rarely in a broader context. It seems to me that the exhibitors were focused on conscious customers, who know the art and do not expect a wider explanations of the exhibits. 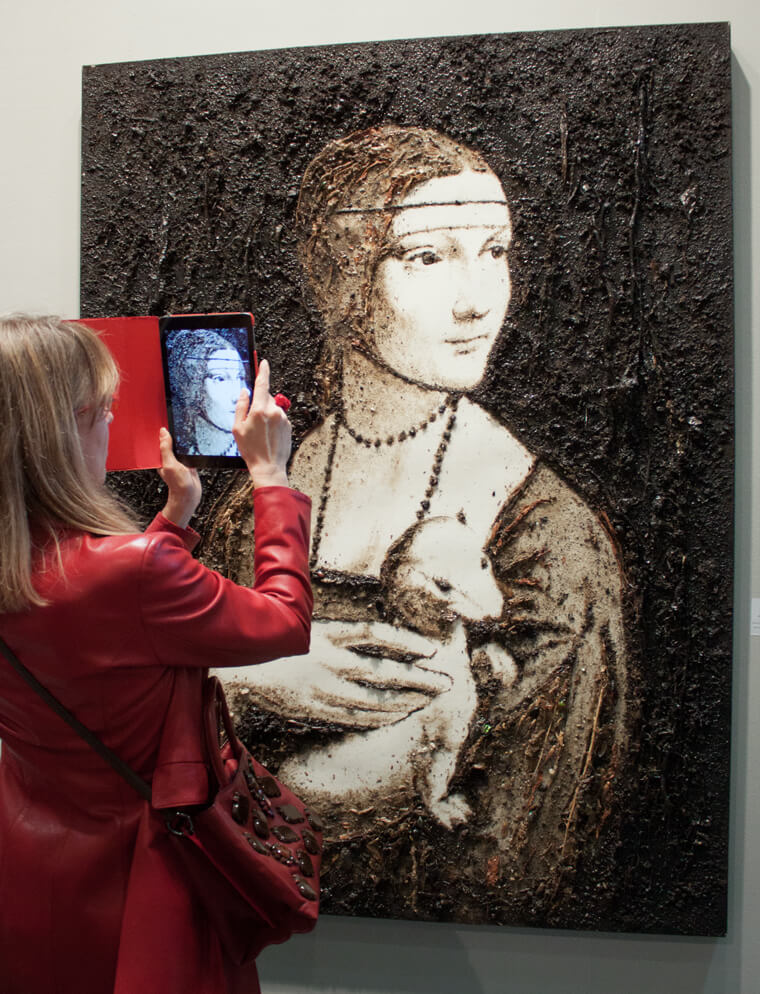 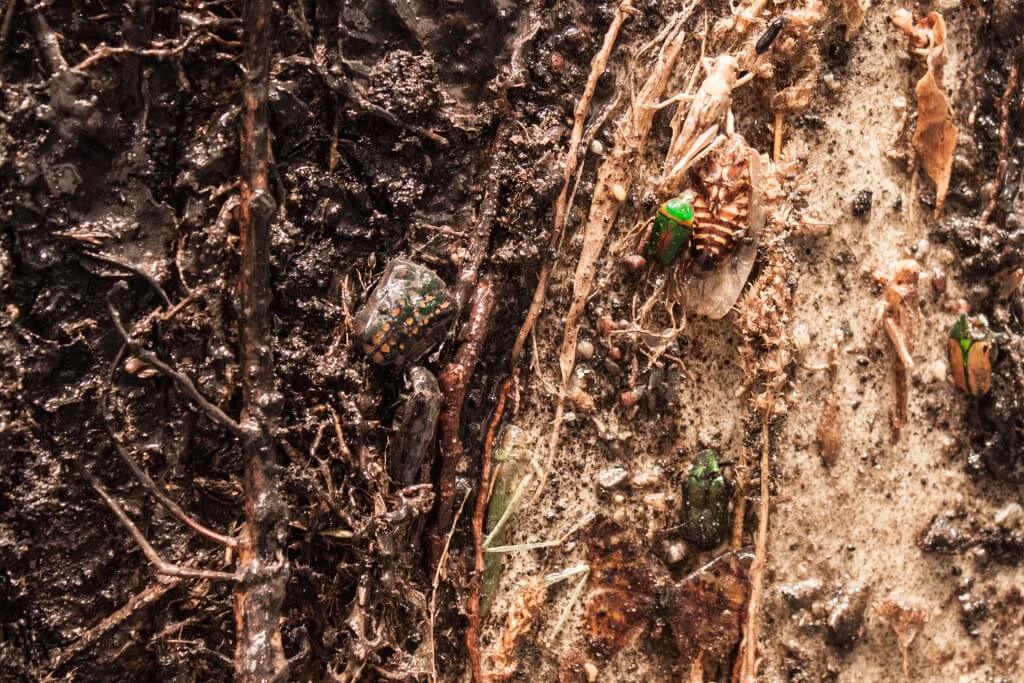 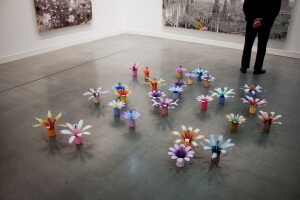 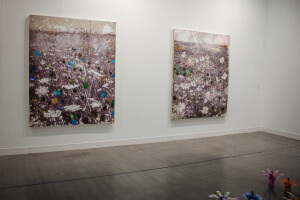 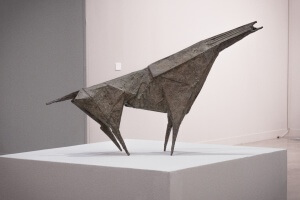 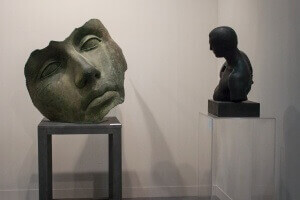 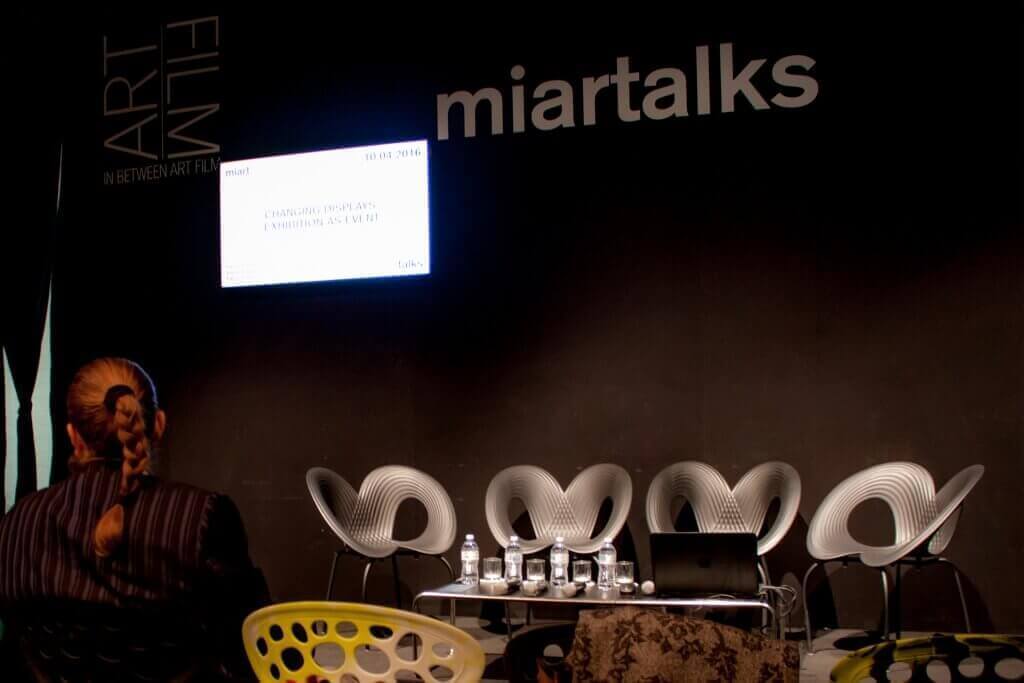 The lectures taking place in the cycle Miart talks were something worth mentioning a little more – unfortunately, most of them were in Italian, which greatly limited the number of participants. I took part in a lecture Changing Displays: Exhibition as Event. It consisted of two parts: the first, the guests – eminent curators: Hendrik Folkerts, Vinent Honoré and Fatos Üstek  talked about their work and major projects. In the second part – the people in the audience had a chance to ask questions.

I was greatly impressed by Fatos Üstek , who talked about her project, in which she organized 50 exhibitions in 50 weeks: all the events held in one place – which was adopted according to the needs, including movable walls, often completely changing its appearance. As a result, even the guests who visited the exhibitions from week to week, had the impression that every time they were entering into a new space.

Jewelry at the fair…

At the end of the hall, in a short section entitled OBJECT I managed to find a gallery called Antonella Villanova, which mainly exhibited the creators of modern art jewelery. 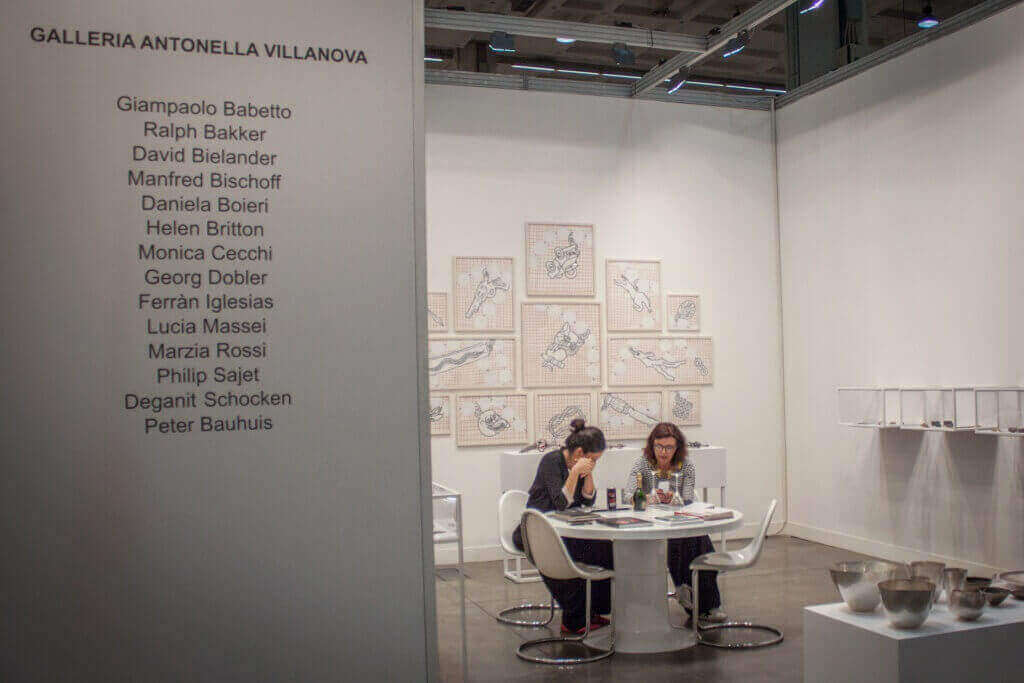 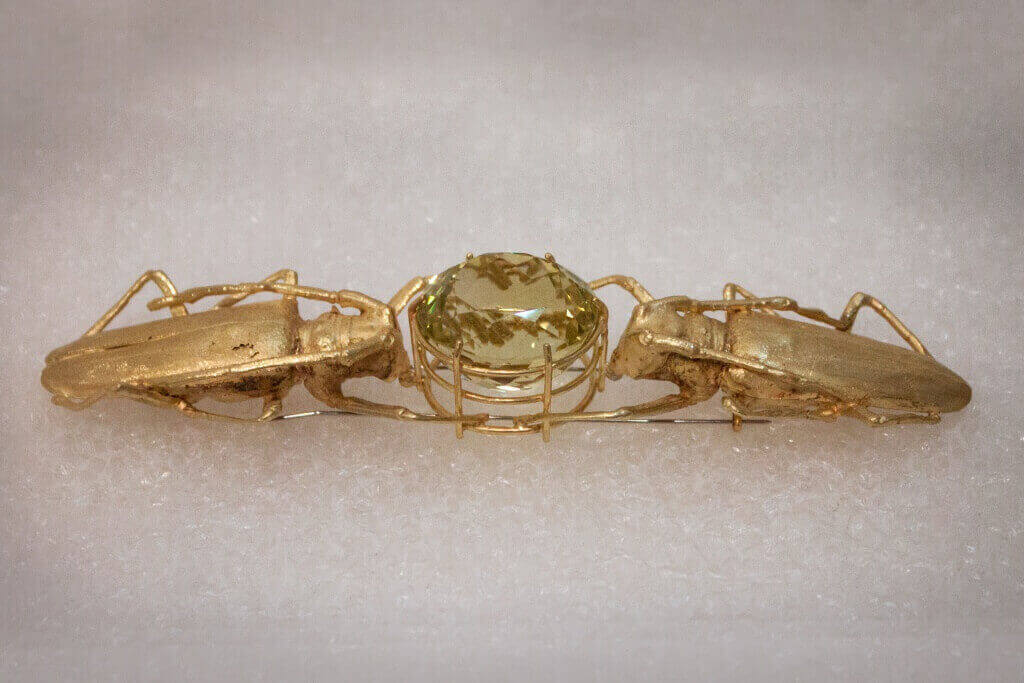 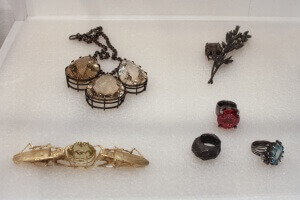 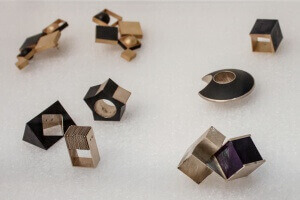 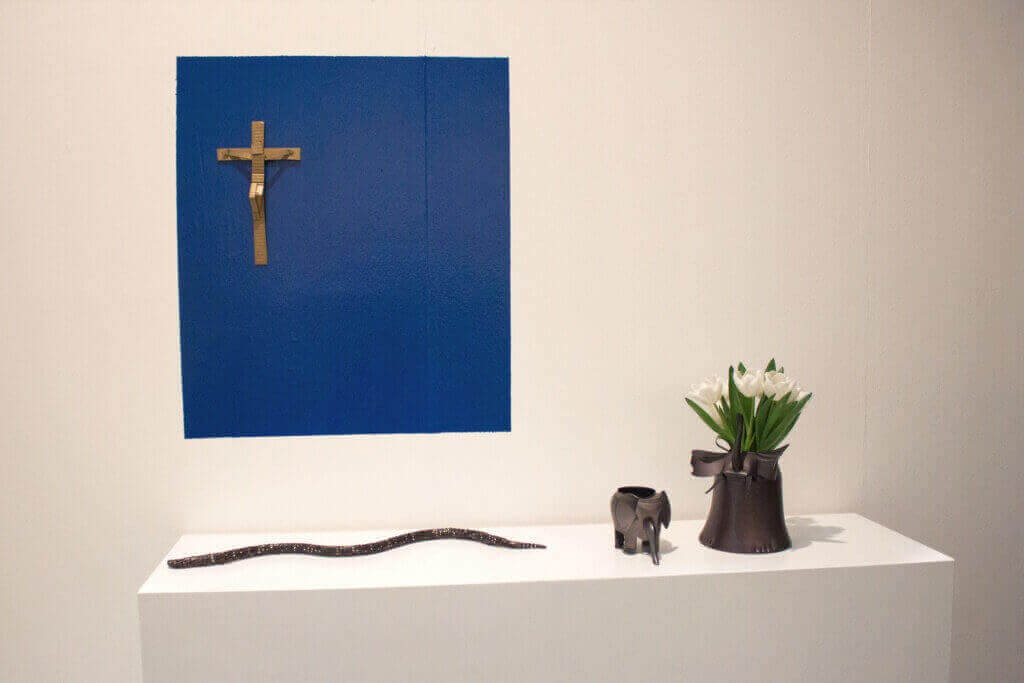 A special joy gave me the exhibition of the David Bielander’s work. The cross, which is visible in the picture above, is made by hand with gold in such a way as to be associated with a different material.

Bielander created a whole series of gold jewelry (you can see here) that looks like a simple decoration, cut from a piece of cardboard. It is a very interesting as it forces the recipient to a deeper reflection. What is valuable and why? Do we expose ourselves to ridicule by wearing a gold bracelet that looks like a piece of cardboard? And on the other hand – is it not ridiculous that we are able to pay for something that looks like made by a child, just because of the importance and valuable material used? The work of David Bielander leaves the recipient the opportunity to multifaceted interpretations.

About the start of a series of exhibitions related to the XXI Trienniale I found out by accident when visiting the stand shown in the picture above. I took from there a map of events, which concluded that among the main attractions taking place in the La Triennale di Milano – a museum of art and design, is quite substantial exhibition of Italian jewelry. Unfortunately, despite the fact that most of the attractions associated with the XXI Trienale were free – the ones held at the La Triennale di Milano could be seen only after the acquisition of the ticket, which cost 15 euros.

After crossing the threshold of a museum of art and design we were greeted by a series of exhibitions originating from distant Asia. Textiles, ceramics, and furniture in a very harmonious and almost spiritual design intertwined with the art of design so closely that actually it was hard to distinguish which of the presented works is within the field of fine arts, and which in design. 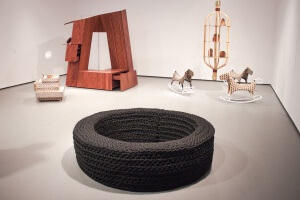 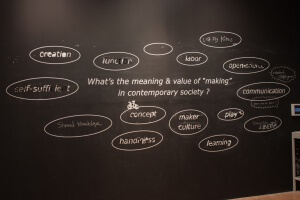 Making is Thinking is Making 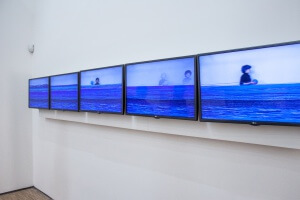 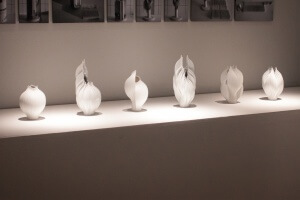 The future of Italian jewelry

The Futures of Italian Jewellery is an exhibition, whose curator – Alba Cappellieri – invited to cooperate the most recognizable Italian brands. On the beautiful, white busts were exhibited necklaces made of expensive materials, including gold, silver, diamonds, pearls. 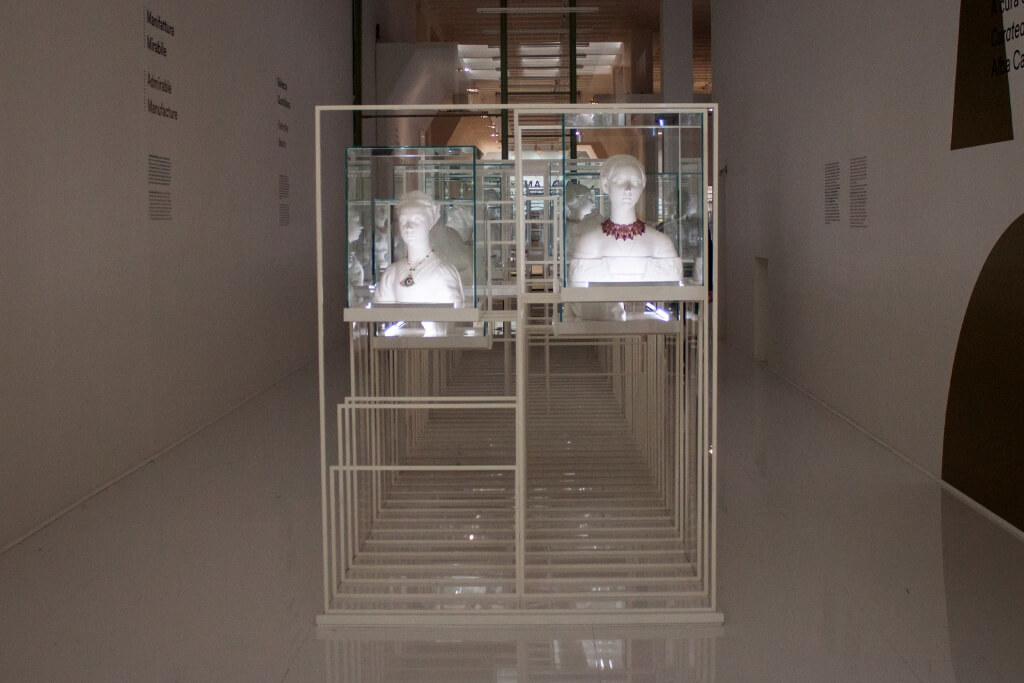 The Futures of Italian Jewelry 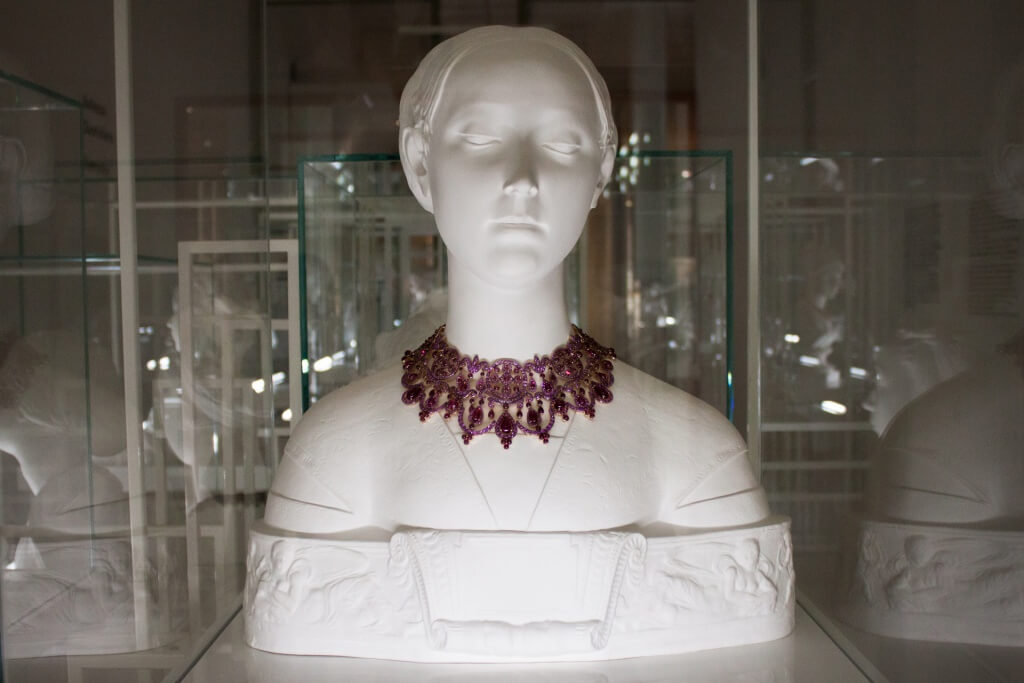 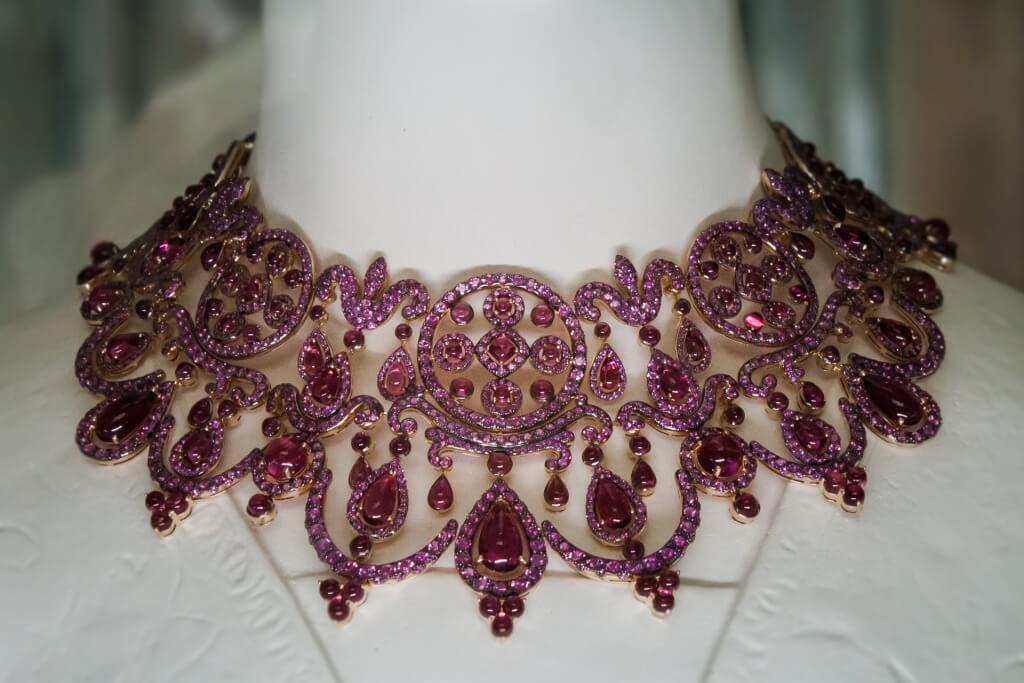 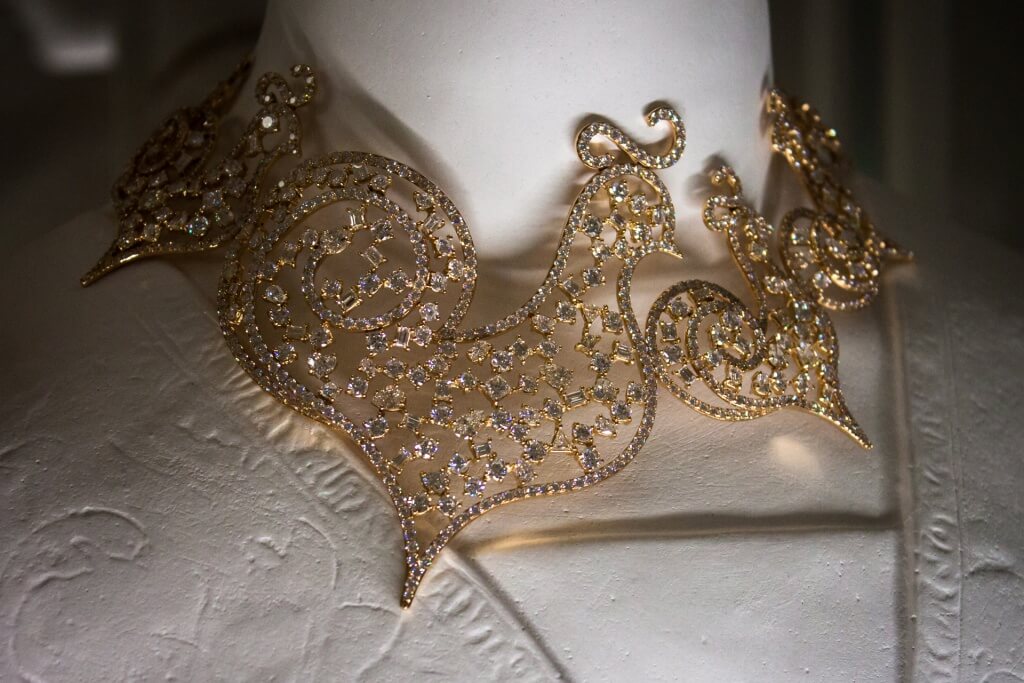 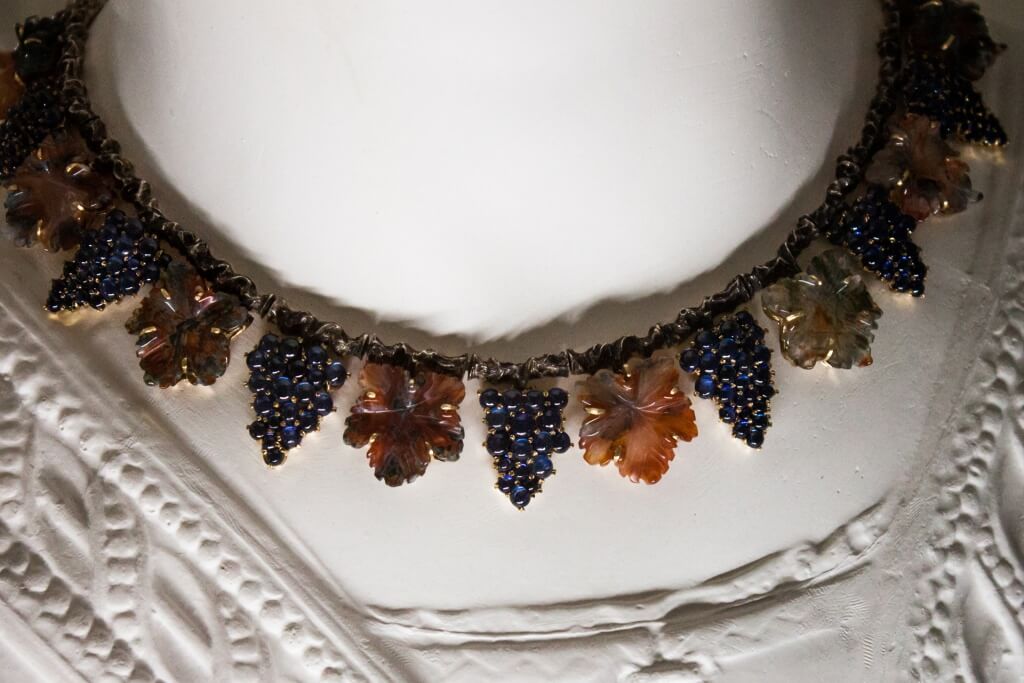 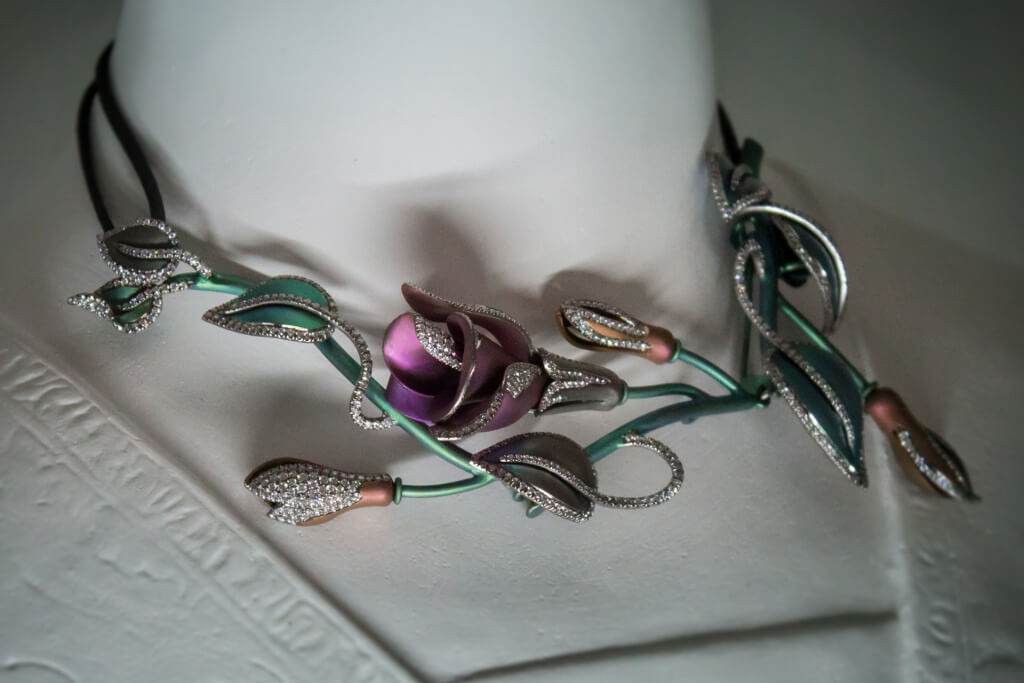 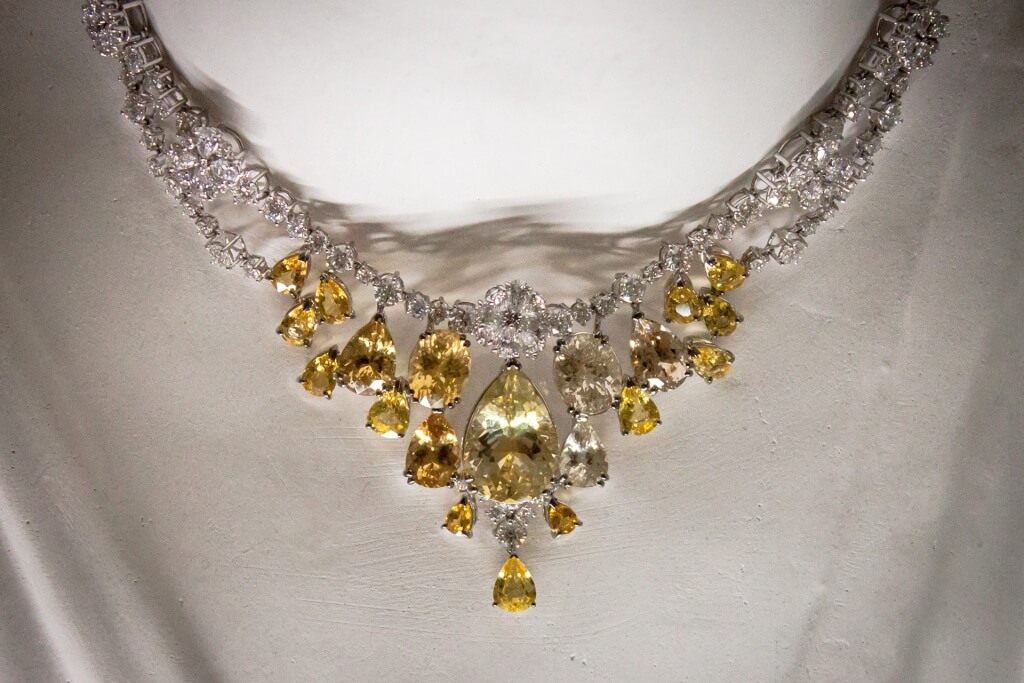 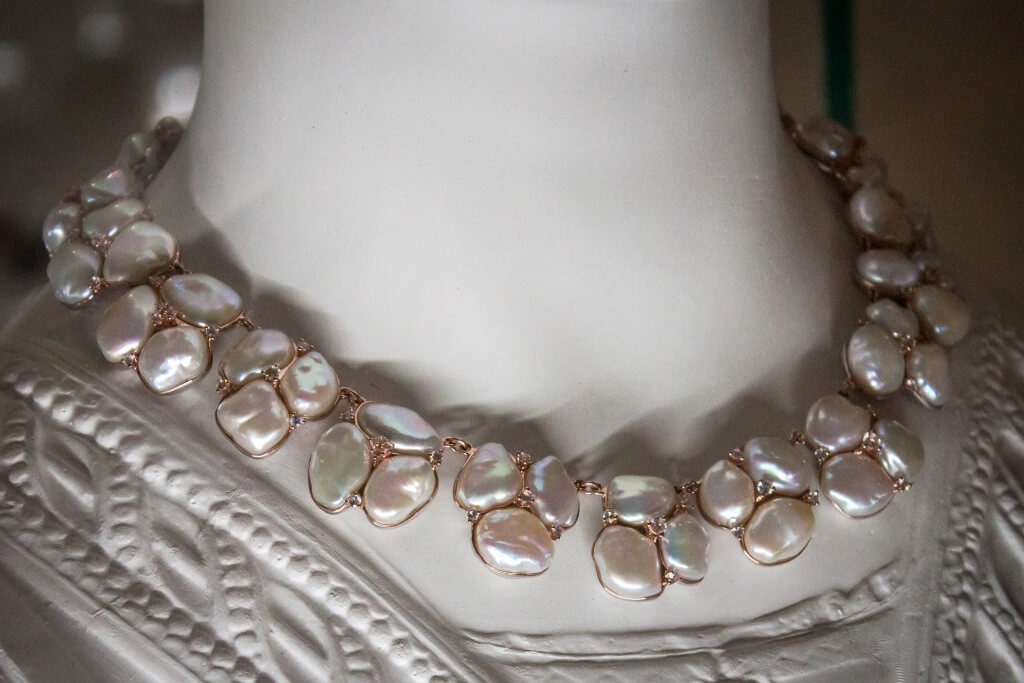 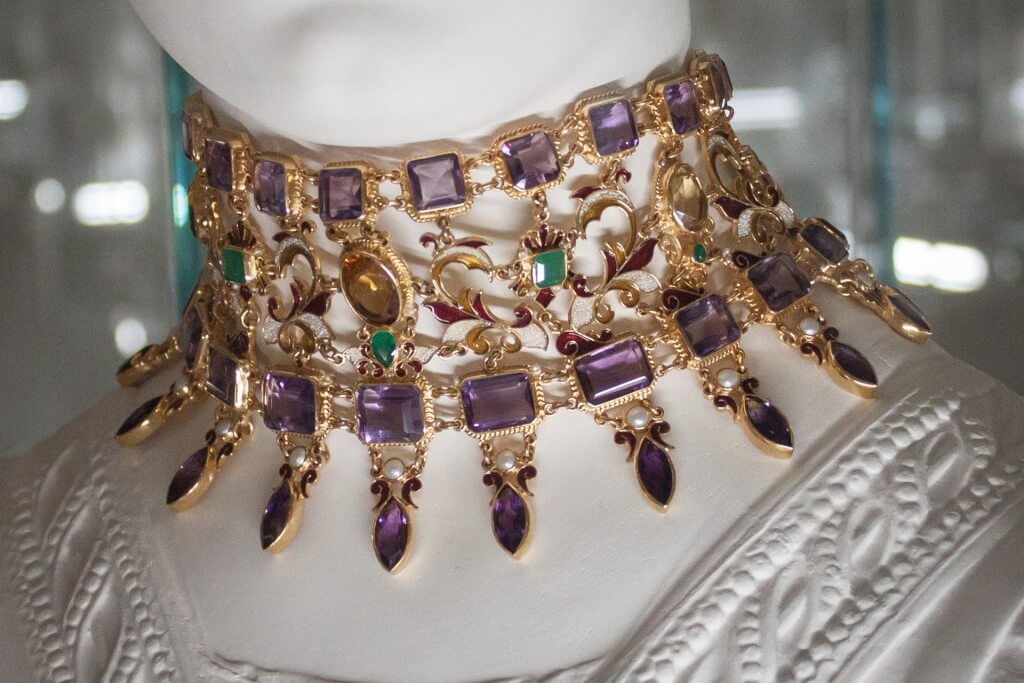 Apart from the most out standing of the companies at the exhibition there was also a place for independent authors, artists which deviate from the popular market trend. In this case, the materials used in the work were more varied, and for those accustomed to traditional jewelry, even surprising. I was completely enchanted by the necklace by Barbara Paganin. 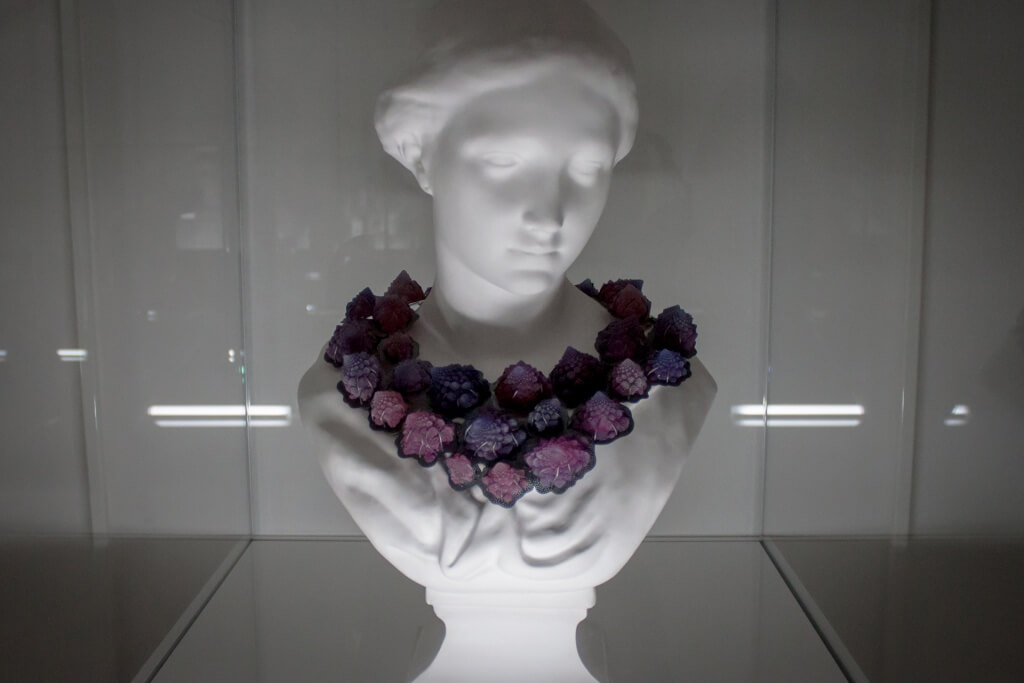 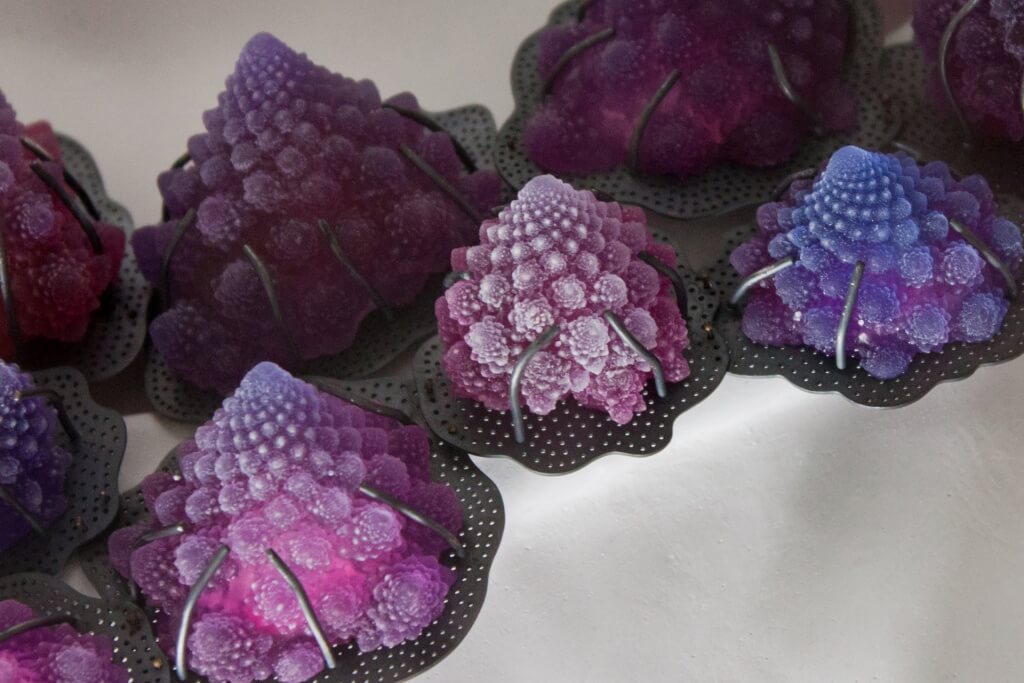 And that’s all I have prepared for you in this part of the article. Stay tuned, next week another part of the account from Milan. 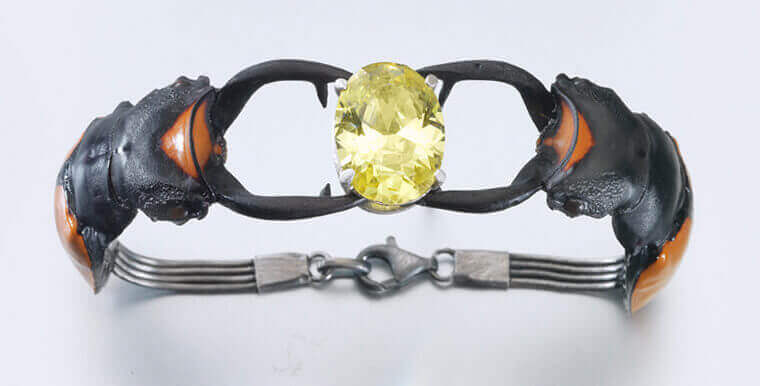